The University’s Rector is elected from among the full Professors serving at the same University.

According to Greek law, the University Senate is composed of:

(a) The Rector
(b) The Deans
(c) The Department Chairs
(d) Student representatives, whose number is equal to 10% of the total number of Senate members in categories (a)–(c) above. If, on the basis of the above, a decimal number is obtained, then the number is rounded down to the closest integer when the decimal part is less than half (0.5) and rounded up to the next highest integer when the decimal part is half (0.5) or greater. The minimum number of student representatives is at least one representative of undergraduate students, and at least one representative in total of the categories of master’s students and doctoral students, when they exist. The abovementioned student representatives are elected, together with their alternates, for a one-year term, by the students who have the right to participate in their election, by direct, secret and universal vote of all the students in the relevant category at the Institution.
(e) Three representatives, one each from the University’s staff categories of Special Teaching Staff, Laboratory Teaching Staff, and Special Technical Laboratory Staff.
(f) One representative of the Administrative Staff of the Institution.

The Vice Rectors are present at meetings of the Senate, without the right to vote.

c) a student representative, nominated and coming from the elected students participating in the Senate;

d) the representative of the administrators participating in the Senate.

The University is composed of Schools, which are its basic academic divisions. A School covers a field of related scientific disciplines and ensures an interdisciplinary approach, communication between these disciplines and the coordination needed for their teaching and research. The School oversees and coordinates the operation of the Departments, in accordance with their Studies Regulations.

GOVERNING BODIES OF THE SCHOOL

The Deans of the Schools

The Department comprises the basic educational and academic unit of the Institution and promotes science, technology or the arts in the relevant scientific field. It organizes the Department’s teaching within the framework of its curriculum and ensures the continuous improvement in learning within it. The Department is made up of all the Professors, Lecturers and members of the Special Teaching Staff, the Laboratory Teaching Staff, and the Special Technical Laboratory Staff who serve in it.

GOVERNING BODIES OF THE DEPARTMENT

The staff of the University is composed of the following categories: 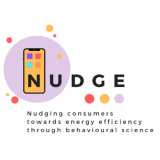 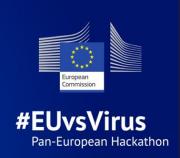 PhD candidate at the Department of Statistics, AUEB, was distinguished in the EUvsVirus Hackathon challenge
END_OF_DOCUMENT_TOKEN_TO_BE_REPLACED